Russia has traditionally a strong tea culture, but now we are seeing an impressive coffee boom. Coffee is becoming one of the features of contemporary urban life.

Trendy coffee shops are being opened, and micro-roasteries are popping up. More and more people are taking interest in speciality coffee. Coffee culture is expanding and developing. Many Russian cities are hosting specialised exhibitions and events, that are contributing to the promotion of the barista profession. Coffee is becoming an integral part of young people´s lives.

This is the fourth festival I myself have judged. Year after year, the event attracts more and more interest among professionals as well as amateurs who come here to plunge into the atmosphere and enjoy new experiences. The expertise of the festival participants, the involvement of partners and the overall organisation of the festival are constantly improving. The Russian Barista Days consolidate several events.

This is probably the most challenging and high-profile championship event. The National Championship is held after regional championships in nine regions, after which the winners – thirty-five baristas – compete for the right to represent Russia at the World Barista Championship. The winner will become Russia’s representative in Seoul (Korea) in November 2017. Each year, the participants´ competence is better and better. More interesting types of coffee are seen year by year.

In Cup Tasting, the participants are competing in tasting coffee features and characteristics. The championship consists of three rounds. During each round, conditions become more complicated, and differences between coffees get subtler and more difficult to determine. Within eight minutes, the cup taster must use all senses (smell, taste, sight, touch) to determine eight “odd cups” out of eight triangles of cups. In each triangle, there are two cups of the same coffee and one of another coffee. The fastest cup taster who is able to distinguish the odd cups is the winner.

The Brewers Cup is a competition in alternative coffee preparation techniques. The competitors are using all varieties of pour overs, funnels, drippers, siphons and percolators. The championship consists of two rounds.

The winner of the National Brewers Cup Championship will represent Russia at the World Championship to be held in Budapest (Hungary) in June 2017.

4. National Roaster of the Year Award

To promote the development and support of roasters, the Russian Association of Tea and Coffee Producers has established the Roaster of the Year award. Roasters are evaluated by judges and regular attendees alike.

This is the first experimental championship. It features guessing the location of the coffee origin by the aroma of dry ground coffee. The championship is divided into two rounds: the first round is introductory, during which there is a sign indicating the coffee bean origin next to the coffee samples. During the second round the contestants determine the origin of the ground coffee beans.

This is also a new championship within the Russian Barista Days festival. It is considered a dress rehearsal before the Coffee in Good Spirits National Championship, and it is held in two rounds:

I believe that the Russian Barista Days festival is a unique platform for professionals to exchange experiences and expertise. Beginner baristas will benefit from participating in championships. Such events provide them with a look at coffee-making techniques from another perceptive and help perceive the flavour of espresso differently. This is a unique chance to work side by side with more knowledgeable participants who will share their experience and might even spill some secrets.

More posts from the author
4 Tips to Prepare for the Barista Championship: What Should You Focus on?
Daria Soboleva
// Saint Petersburg 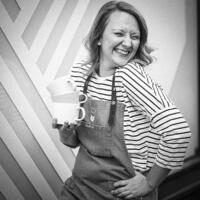 Barista is an artist. Every day brings you something new: an unusual taste in coffee, a new brewing method or some interesting facts.